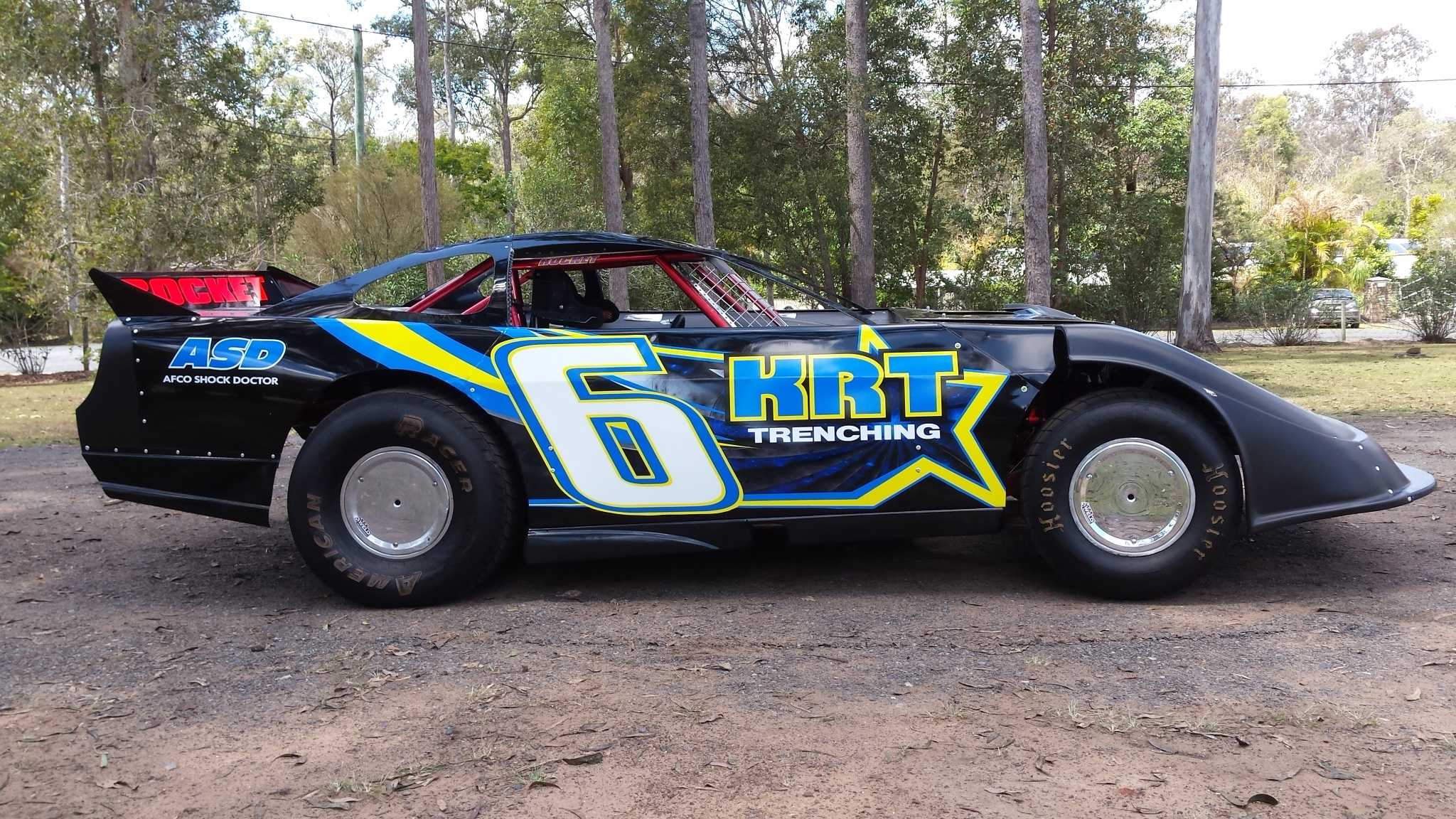 It may have been Wayne Randalls first event for the season, but you would not have known it, as he took all before him, in winning round four of the Brims Concrete Super Sedan Series, supported by B&J Car Sales at the Rockhampton Showgrounds.

After six qualifying heats, six drivers had been successful in the qualifying heats, with Randall taking the opening heat convincingly before Darren Hawkings won narrowly in heat two. Leigh Williams delighted the home crowd by downing Matt Williams by 0.333 in the third heat, while Queensland Champion, Matt Pascoe would also win a close one, when he accounted for Wayne Randall in heat four. Darren Saunders only just held on to defeat Gavin Northfield in heat five before Matt Williams convincingly one heat six.

After six qualifying heats, Randall had amassed the most points (87), while Northfields consistency was rewarded finishing second with 79 points. Matty Pascoe, Matt Williams, Darren Hawkings and Leigh Williams all finished in the top six, and faced a crucial marble draw for starting positions in the 30 lap main event.

Randall drew the number one marble, and would be joined by Hawkings on the front row, with Matt Williams and Gavin Northfield securing second row starting positions, while Matty Pascoe drew five, while Leigh Williams qualified sixth and drew the number six marble.

In a rather uneventful race, Randall would lead every lap of the main event, with Matt Williams initially moving to second place, but along with Darren Saunders were the only two drivers not to complete the distance, both retiring on lap fifteen.

As a result Hawkings moved back to second place and at the same time, Matty Pascoe made a decisive move, passing Northfield to take third place. Behind Northfield, David Musch was making some progression through the field, moving to fifth place after starting from position eight.

Meanwhile, Randall was a quarter of a lap ahead of the remainder of the field, in a highly convincing display, downing Pascoe who passed Hawkings in the concluding stages, with Northfield, Musch and Bob McCosker rounding out the top six, with not much separating the five drivers for the minor placings.

Round five of the series will be held at Kingaroy on Saturday, 8 December 2018.