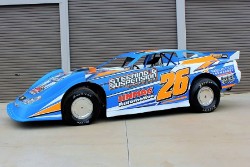 After the opening round was washed out at Archerfield last Saturday night, the drivers will all be on an even keel going into Saturday nights event on the high banks of Toowoomba, which features predominantly the same drivers that entered for last week.